I’ve written about perfume for over ten years. For all that time I’ve been aware of the “Emperor’s New Clothes” aspect of the brand PR machines. An endless litany of BS encapsulating supposed celebrities who wear the fragrance. Or long pedigrees all the way back through every king and queen since Julius Caesar and Cleopatra. Blah, blah, blah, yadda yadda, yadda, who cares; just let me see what the perfume smells like. Where I draw the line is when the perfumer, the artist behind the juice is hidden to inflate someone else’s ego. This type of dishonesty is whispered about behind the scenes, but nobody has been strong enough to point out these would-be Emperors are naked in public. That changes with the publication of the book “The Ghost Perfumer” by Gabe Oppenheim. 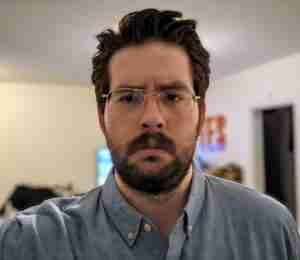 Mr. Oppenheim takes writing about perfume in an entirely different direction. For the first time an author takes on the darker side of the business. Now twenty years on after the revolution in thinking about perfume it is long past time for truth-tellers to begin examining things. The Ghost Perfumer starts this with an explosive expose on one of the biggest perfume brands in the world Creed.

Creed has been one of the leading luxury brands of fragrance. The putative story is they are a brand which has been worn by celebrities while also being “royal perfumers” for over a century. For anyone who cared to, that kind of nonsense was easily exposed if anyone thought about it. That is not what this book is about it is the con game run by the man behind the brand which drives the narrative.

For as long as I’ve written about Creed the story has been Olivier Creed is the whole deal, creative director and perfumer. When I’ve e-mailed asking for confirmation of this that is the story they tell me. It always seemed unlikely. Mr. Oppenhem exposes it as a sham.

The book tells the story of M. Creed and how he created the concept of Creed fragrance. The more important piece of this book is the perfumer behind the perfumes which established this mega-brand is identified, Pierre Bourdon. 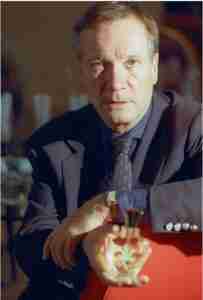 If there is anything about the last twenty years of perfumery the ability of perfumers to take their rightful place as artists and authors has been emblematic. M. Creed took the concept of a silent perfumer a.k.a. a ghost to an extreme. He took advantage of a creative mind who didn’t believe in himself in M. Bourdon while taking credit for it all.

Mr. Oppenheim tells the story of these two men from their beginnings until today. He writes in an engagingly easy to read style. When I received my advance copy, I couldn’t put it down. His chapters end like your favorite streaming shows. He leaves you saying, “I’m going to read just one more chapter” until you find yourself at the end.

For anyone who loves perfume and owns any of the Creeds this is a mind-expanding story. Thoroughly researched to completely explain the personal and perfume dynamics of these two men. It ends with the sale of Creed for $1 billion in March of last year. Olivier cashing in on his grift. The coda takes place as Mr. Oppenheim and perfumer Shyamala Maisondieu visit M. Bourdon at his home in France. This is where an artist at peace with his place in this story resides.

Besides the story of Messrs. Bourdon and Creed Mr. Oppenheim shows how the scam continued with new perfumers. The perfumer behind Aventus, Jean-Christophe Herault gave a single interview before being shut down. Julien Rasquinet who composed Royal Oud and others never found the courage to speak with the author. In the end it is M. Bourdon safely retired who can finally have the last word. 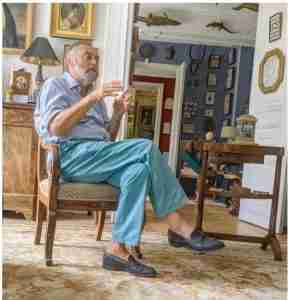 Pierre Bourdon (from the book The Ghost Perfumer)

There is a passage towards the end of the book which encapsulates my thoughts after finishing it, “But I like to imagine the dynamic thusly: Since Olivier’s installation in a kind of fragrance industry throne was the result of his own agitprop, its debunking will force his metaphorical step-down- will thereby render his long reign in that chair mere seat-warming, a preparation for the rightful occupant to assume the spot. It will be Pierre’s seat…because it always has been.” This is the real punchline here. M. Bourdon’s reputation is enhanced while the ersatz Emperor seeks the egress albeit with a $1B check in his pocket.

Since the title page says this is “Part 1” I believe we are going to have this new vital perspective Mr. Oppenheim brings to the observation of the industry for a few more installments. We need a voice willing to do the legwork to expose the other Emperors while elevating the Artists. He seems poised to be that.

Disclosure: This review was based on an advance copy supplied by the author.