I was busy queuing up my Labor Day weekend binge viewing when a delivery truck arrived. Little did I know the next two weeks I would be binge reading what was in the box.

For perfume to be fully embraced as the art form I believe it to be we need to have the history of modern perfumery chronicled somewhere. I have always known it existed within the mind of Michael Edwards. Having had the fortune to hear him speak as well as spend time with him he has been the conduit to much of what I understand about the art of modern perfumery. I have spent hours listening to him and always left wanting more. He has now granted my wish by publishing “Perfume Legends II”. 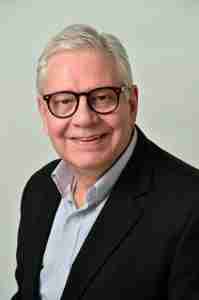 If you are wondering where “Perfume Legends I” is you missed it, most likely. Mr Edwards published the first edition in 1996. It came out right as the independent niche perfume trends were arriving. Publishing “Perfume Legends II” twenty-three years later has allowed for the perspective of that growth of independent perfumery to also be included. All the content from the first edition has been further researched and elaborated upon. Along with the addition of the more recent legends.

“Perfume Legends II” covers the entire history of modern perfumery from the first modern perfume 1886’s “Fougere Royale” through to 2010’s “Editions de Parfums Frederic Malle Portrait of a Lady”. Sandwiched in between are fifty more perfumes. Each chapter covers the time of when the perfume is released, the composition of the perfume, and the creation of the bottle as well as the reason it is a legend.

It is a remarkable collection of the history of perfume in one place. Each chapter feeds off what came before. It displays the evolution of perfume as a commercial product as well as a reflection of society. One of the most fascinating parts of the book was the history of the bottle. I have said many times I don’t care about the bottle just give me the perfume. After finishing the book I have a new appreciation for the container.

The most fascinating of these was the fraught creation of the bottle for YSL Opium in 1982. Bottle designer Pierre Dinand would be challenged to accommodate changes requested by Yves St. Laurent as they were nearing release. Once you read the story you will never look at a bottle of Opium the same way. It is true of most of the bottles written about. I still care more about the perfume but I have newfound respect for the bottle.

If there is a drawback it is that the volume is focused on French perfumes. It really isn’t one because Mr. Edwards is able to make his larger point within the smaller dataset. It also becomes less French and more global as the Legends reach the 1970’s and beyond because of the global reach of the brands.

I presume anyone reading this blog is a perfume lover. You need to put a copy of “Perfume Legends II” on your bookshelf. It will give you a deeper belief in the artistry behind modern perfumery.

Disclosure: this review is based on a copy provided by the publisher.