There are brands that are sold in so many places they almost begin to blend in to the background. Which makes them go unnoticed and unloved. Acqua di Parma is one of those brands. You can find it on sale seemingly everywhere. Ever since this house has returned in 1998 it has worked with some of the greatest perfumers who have produced some of their most distinctive work. If you’re ready to give them a second look here are the five I think you should start with.

Then entire Acqua di Parma brand began with a Cologne which was made in Parma in 1930. In 1998 it was the first perfume released to announce the comeback. Just five years later they would decide to make the modern version called Colonia Assoluta. They would also employ one of the most interesting duo of perfumers to compose it; Bertrand Duchaufour and Jean-Claude Ellena. The top accord feels like M. Ellena’s deft touch with a breezy sheer citrus snap underpinned with spicy facets of cardamom, allspice, and baie rose. The heart and base feel like M. Duchaufour’s habit of wringing every nuance out of deeper notes like ylang-ylang and jasmine followed up by cedar, incense, and amber. There is also a layering of white musks in the base which seems very Ellena-like to me. This might have been better if one or the other was in charge but the tension of different aesthetics makes Colonia Assoluta fascinating.

Another high powered pairing of perfumers would work on Iris Nobile. Francoise Caron and Francis Kurkdjian combined their efforts on this. This is not truly an iris perfume as it is only present in any meaningful way in the drydown. Iris Nobile is one of the best white floral chypres you can find. Mme Caron and M. Kurkdjian definitely found a meeting of the minds as it is not so easy to say this is Kurkdjian-like or that bears Mme Caron’s fingerprints. After an opening accord of anise, tangerine, and bergamot the florals assemble in the heart. Orange blossom in one of its most expansive uses reminds you it is a white flower. Ylang-ylang provides that oily unctuousness to bring even more depth. Then a brilliant choice of cumin and peach to create a fierce fruity floral. The bite comes courtesy of a perfect chypre accord. If you’re looking for the iris it shows up here hours into wearing this one. Don’t worry the rest is so good you won’t miss it. 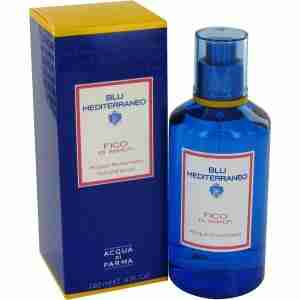 There is a collection within Acqua di Parma called Blu Mediterraneo. The concept was for a lighter breezier set of perfumes. Heftier than colognes but not as heavy as an Eau de Parfum. The next two choices come from there.

Fico di Amalfi was composed by Michel Girard around the idea of fig trees growing on the Amalfi Coast. It captures the smells of a fruit orchard in the height of ripeness. The citrus trees scent the air with grapefruit the closest to you. The leaves and the wood of the trees is also found. Jasmine and the ripened flesh of fig make up the heart before giving way to a woody finish. An intense figgy experience.

You ever wonder what it would be like if bergamot was made the focal point of a perfume? Bergamotto di Calabria is the answer courtesy of perfumer Francois Demachy. You’ve been told bergamot is a bitter orange. M. Demachy uses enough to make you feel that edge. Citron delineates it even further. The bergamot is always on top and it is supported through the rest of the time by ginger, vetiver, and cedar. This is a simple perfume but it shows how interesting bergamot can be if allowed to stick around for a while.

Profumo is a floral chypre from the early days as, supposedly, the original formula was brought forward to the current day. I’ve smelled both vintage and current and I am sure there was someone who was responsible for the re-formulation but I can’t find who. The current version of Profumo has a more distinctly powdery chord than the original did. I think it makes it a better balanced fragrance but it is not the same. The current version opens with beautifully rich ylang-ylang. It only gets richer as orris powders over Rose de Mai and jasmine. This is a perfect example on how to balance three of the most powerful florals into an achingly beautiful accord. It ends on a very classic ambergris, patchouli, and oakmoss chypre accord. One of the greatest chypres ever.

If you’re looking for something new to try here are five which have probably been right under your nose every time you go shopping.