Ever since I began writing about perfume, I always wanted to give credit to the perfumer and the creative director. It is as important to me as knowing who writes and directs a movie. In the best cases the partnership is creativity amplified.

Over a typical year I receive hundreds of samples. One consistent event always seems to happen. I receive a couple of sets of new releases, and they rise above everything else. This happened about six weeks ago. I’ve been spending my own sweet time enjoying myself. This week I’m finally going to share my thoughts about them. There is one consistent piece of what I will cover they are overseen by two of the best creative directors in all of perfumery, Alessandro Brun of Masque Milano and now Milano Fragranze and Victor Wong of Zoologist. Both are shining examples of how to succeed creatively and commercially in the independent perfume sector. They also share the same love of perfume that I, and probably most readers, have. That passion forms the core of their success.

Mr. Wong was literally “one of us”. He was part of many Facebook fragrance groups. You would find him in the middle of discussions with other fragrance aficionados almost daily. One day in 2014 he announced he was going to start his own brand of perfume for which he would act as creative director. I remember thinking to myself that I hoped he didn’t lose too much money. Success was not the likely outcome.

Yet Mr. Wong entered the process of overseeing the vision of his new brand Zoologist like “one of us”. He chose from among the fragosphere’s favorite independent perfumers. For four years he nudged some of those individualists into a team setting. For many of them he would extract their best work. All in service to creating a cuddly animal inspired perfume.

2019 would mark a turning point as he took the step of working with perfumers from IFF. He also maintained releases from the roster of independents he had yet to work with. What was admirable was he asked for the same adventurous creativity that had become the signature of Zoologist. Over nearly thirty perfumes there are “challenging” ones and “crowd-pleasers”. What unites them is Mr. Wong’s vision. 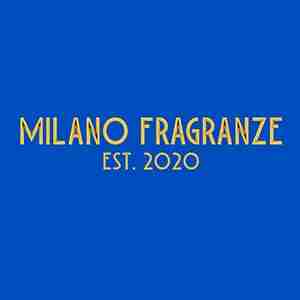 Sig. Brun has been one half of the creative direction, with Riccardo Tedeschi, of the premier independent brand Masque Milano. When I first met him at Esxence in 2013 I thought he was part of an irritating trend. Carpetbaggers in the perfume aisle. Over the early years of attending Esxence I saw people who were less interested in perfume. They wanted to get to the marketing part, the perfume was secondary. When it came to Sig. Brun, I had it completely wrong. It became extremely clear to me when I sat down with the sample set of the first four Opera perfumes, he helped creatively direct.

While he didn’t hang out on the Facebook pages I would come to realize he is also “one of us”. He adores the art of perfumery. He reveres the opportunity he has to add to it. Together with Sig. Tedeschi they have worked with a European-based roster of young perfumers. This again leads to what is the best work for many of these precocious talents.

Now Sig. Brun is breaking out on his own to oversee his own line, Milano Fragranze. He is interpreting the city that he loves, Milano by interpreting eight different areas of the city. It is another triumph.

I am spending today waxing operatic about these two visionaries because the rest of the week is going to be focused on the extraordinary perfumes they’ve just overseen. The four new Zoologist releases along with the debut collection of Milano Fragranze is as good as independent perfumery gets. Which is a tale of two creative directors at the top of their game.