About six months ago I discovered a new brand based in Lebanon. Ideo Parfumeurs is a husband and wife operation of Ludmila and Antoine Bitar. M. Bitar is the creative director or as he refers to himself “the storyteller”. He weaves a descriptive paragraph from which Mme Bitar composes each new release. Another aspect they manage to achieve in every release so far is a mixture of cultural influences. Based in Beirut they are trying to capture the crossroads character of a major Middle Eastern city. For the latest release Tarbouch Afandi there are French and Middle Eastern influences throughout.

The story M. Bitar uses for Tarbouch Afandi goes like this, “Leon left the French club in Marrakesh. He loved these casual meetings amongst gentlemen. The bridge game had been tough, and the subtle smell of the cigars lingered on his summer shirt. The times were certainly dangerous, but Morocco in the 1930s was probably the safest.  Next week he was leaving for Cairo. The scent of the honey-tobacco chichas would replace the cigars, and the locals would call him Afandi, a sign of respect. They feared him, but little did they know about his real plans. On his way back to Europe, he would pass by Beirut, and meet his mistress. He loved how she smelled a mix of cedar-wood and violet leaves. She was sensual and playful. She would place the local tarbouch on his head, smile, laugh and drink mandarin liquors all night long. Planning revolutions had its benefits.” 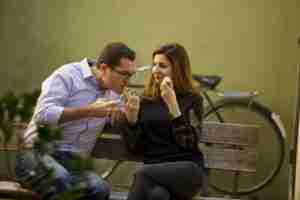 The way Mme Bitar uses that is to create three distinct city-hopping phases as our erstwhile revolutionary stays on the move. Marrakesh, Beirut, and Cairo are all represented in much the same way they appear in M. Bitar’s story.

While the story begins in Marrakesh the perfume opens with the scent of Beirut as described. A syrupy mandarin leavened by the right amount of peppermint and pine. Both can have unfortunate household cleanser associations but here Mme Bitar employs them as lift to the mandarin. The perfume then moves to a rich tobacco as we end up in Cairo but with memories of the woman he left behind in Beirut. She is represented by violet, cedar, and the clove smell of her Kreteks. He finally gets home to Marrakesh where the tobacco is twisted much sweeter using benzoin. Patchouli and vetiver provide the Oriental foundation for the full story to rest upon.

So far I have enjoyed everything M. and Mme Bitar have produced storyteller and perfumer have formed a fruitful artistic collaboration. Tarbouch Afandi is evidence it is still growing.

Disclosure: This review was based on a bottle provided by Ideo Parfumeurs. 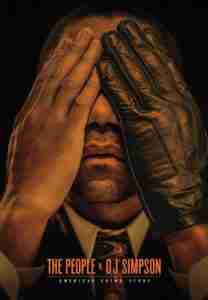 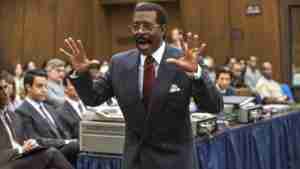 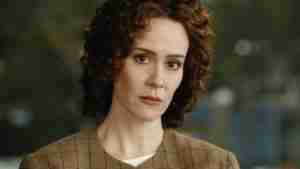